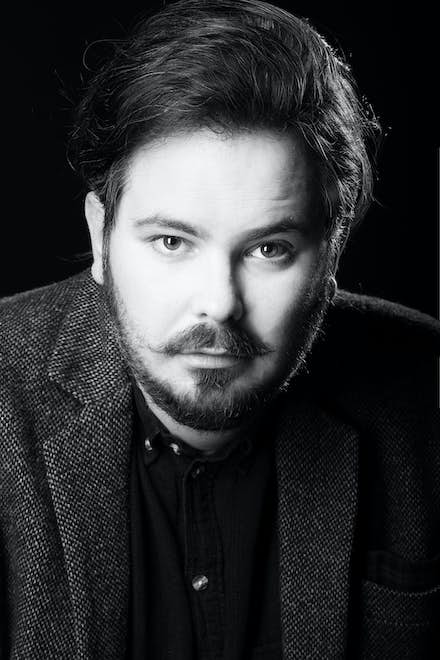 Stayko Murdjev’s (34) theatre education began at the age of 16 when he started attending the Theatre school of Yuliya Ognyanova, one of the greatest Bulgarian theatre directors and teachers of all times, and Emiliya Ovanesyan. In 2009 he graduated from the National Academy for Theatre and Film Arts (NATFA) with a major in Drama Theatre Acting and Directing. He was also a student at the Leon Katz Rhodopi International Theatre Laboratory from 2005 to 2008. Later he obtained a Master’s in Theatre Arts from NATFA.

Stayko Murdjev became Plovdiv Drama Theatre’s stage director in 2010. His works receive high praise and recognition from both the audience and theatre professionals. Some of the titles he has directed include Eurydice by Sarah Ruhl, The Pitchfork Disney by Philip Ridley, Turbulence by Kamen Donev, King Lear by Shakespeare, When Thunder Strikes by Peyo Yavorov, Frankenstein by Nick Dear, Equus by Peter Shaffer, Cock by Mike Bartlett, Murlin Murlo by Nikolai Kolyada, Bash: Latter-Day Plays by Neil LaBute, The Talented Mr. Ripley by Phyllis Nagy, Recoil by Zachary Karabashliev, Intrigue and Love by Frederich Schiller, The Pillowman by Martin McDonagh. All of the above have received multiple prestigious nominations and/or awards in different categories. A few of his awards include:

–  Award for Contribution to Bulgarian Arts and Culture from Ministry Of Culture;

–  Rising Star Icarus Award for The Pillowman by Martin McDonagh;

–  Askeer Award for Best Show for Equus by Peter Shaffer;

–  Best Director Award from the Shumen Theatre Festival for Turbulence by Kamen Donev;